An expanded CD version of the recent “I & II” DLP released in 2019 by Livor Mortis, Finland. This triple disc set is a comprehensive collection of the early Woddrea Mylenstede demo tapes including “I”, “II” and “III: Raw Rehearsals” (Legion Blotan, 2011/12) as well as the tracks from the “Old Ways, Once More” Compilation (Legion Blotan, 2011) and the track from the split 7″ with Black Cilice (Discipline, 2013). Ultra-raw and ghostly analogue Black Metal misery from Northern England. Presented in a 3-way DVD case with insert. Co-released with Belgian label Gramschap. 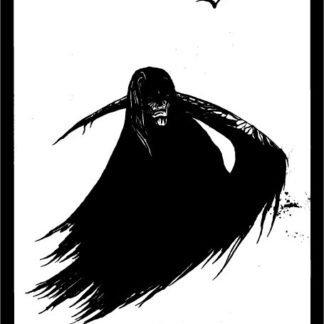