Early Vanyar rehearsal recording from 2010 which was due to be released on a split with a UK project but never saw the light of day. Dug out from the vaults, this short recording captures the foggy essence of the first few releases of the project and was recorded in between the sessions for “Noldorin Of Vanyarian Blood” and “Returning To Woden’s Stone”. Comes in bag with fold out xerox poster. 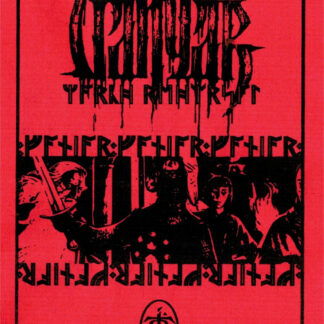