Legion Blotan presents the re-release of the first demo by South-East England’s most underrated purveyors of Blackened Death; Portent. Originally recorded and released in 2009, this rare demo has once again been uncovered for the analogue purist by Legion Blotan. 6 tracks of dark, doom laden and brooding metal that takes no prisoners and delivers nothing but pure apocryphal evil from start to finish. Limited to only 100 copies with professionally printed covers and tape stickers. Updated artwork drawn by William Watts. 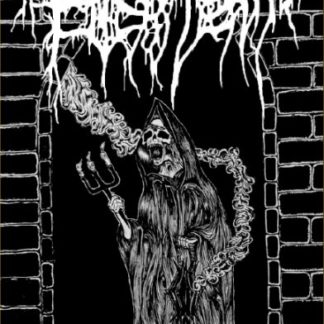