Orthank from Penza, Russia plays hard hitting, powerfully riffing, aggressive yet hypnotically flowing occult black metal of the highest order. Although simple and stripped down in it´s half an hour glory, there´s always something around the corner that grabs you by the throat, pulls you deeper in the darkness and leaves you craving for more after each listening. Otherworldly, impressive and destructive, like true black metal should be. Formed in 2010, after a handful of smaller releases including two tapes on Wohtr Records, a self titled album is finally released by Bestial Burst, November 2016. 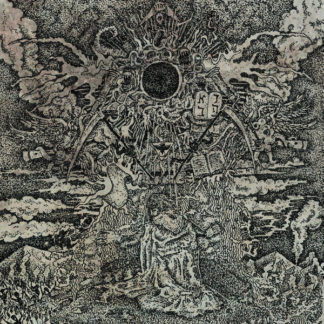