Story of this release appears to be too long to tell. It dates back almost decade. Originally release was scheduled to be released on new starting Finnish label and after they quit whole project was taken over by NH. Over the years, small changes in plans, modified tracklists, attempts to release postponed further… Yet finally after many many years of waiting; 3 horrid Finnish black metal bands assault your ears. Musta Surma material is from same session as Crushing The Holy Trinity and 7″ on EAL prod. Cold and cruel black metal. Bloodhammer offers 3 tracks from 3 different sessions; from heavy and boneheaded old school brutality to majestic atmospheric mid-paced darkness. Annihilatus does what they do the best; brute and offensive declaration of war and annihilation. Also featured in track “Christian Genocide” where members of each 3 bands join forces! NH-082 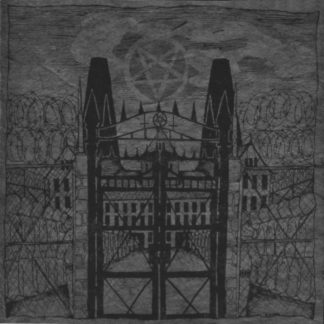