“In the intersection between harsh industrial noise and blasting war metal/grindcore, Intolitarian carves a place for itself by being unique in its absolute inferno of abrasive sound. Rasping vocals over abrasive waves of noise that sound like a high-tuned bass played through a storm of distortion, spaced out with loudspeaker spoken word designed to evoke a futuristic totalitarian feeling.

The Orwellian nature of this music takes the listener away from the now with a dramatic surge toward the extreme. Drumming resembles some of the more adventurous drum and bass from the late 1980s, riding a wave of gated grinding power electronic noise while the incessant vocals enunciate like a martial arts competition over the top. It is like a news report from hell, or from a future time when all pretense of humanity and morality has been cast aside.

As an intensely reductive medium, this type of grinding industrial noise has almost no musical elements: it is pure rhythm, pure spoken word, and pure texture, but no harmony or melody. The spoken word portions are produced to sound like either 1940s radio or the off-world propaganda spaceships from Blade Runner, giving it an apocalyptic military urgency. Every syllable throbs with violence.

If war metal were to go in this direction, it would get closer to its own ideal. All meaning is destroyed except conflict and propaganda. This isn’t music; it’s mental conditioning, from that moment during the midnight air raid when the world is shaking with explosions and the ranting of state propaganda from a nearby loudspeaker is the only comforting sound. It encourages survival, to push onward, and a confrontation with nothingness.” – Brett Stevens / www.deathmetal.org

INTOLITARIAN was created and christened as “Berserkergrind Noisecore” in 2009 by Antichrist Kramer, with the sole purpose of unleashing the most devastating audial force on the planet, and to expose the music that dares to call itself “extreme”, as the pathetic, stagnant and weak filth that it is. INTOLITARIAN exists to punish, torture and murder the senses of all who perpetuate this modern world of degeneration and failure. No future, no victory and no equality for anyone or anything. No one is safe… “ 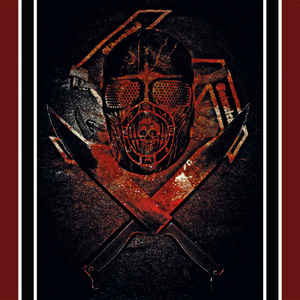