Now time for something a bit different than we are used to; here we have a re-release of the 2003 debut demo from the mighty Forgotten Chaos, a Swiss black/trash attack which later sectioned off into the cult of Ghost Kommando! 3 tracks of obscure blackened chaos recorded to tape. As of 2008 the band is no more, however the true impact of this raw and obscure demo tape should and will be felt for years to come. Limited edition. Black tapes with stickers. 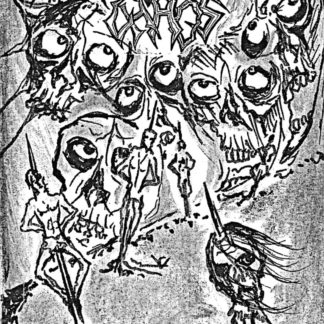