Very raw, primitive and hypnotic underground black metal from Canada. Lyrics in Irish Gaelic and Scottish Gaelic about tumultuous and forgotten wars, rituals, and supernatural beliefs of the ancient Celts. Blood Curses Under the Celtic Moon is a compilation of two self released demos from 2017 and 2018, previously released as a vinyl lp on Final Agony Records. Now on cd for the first time! 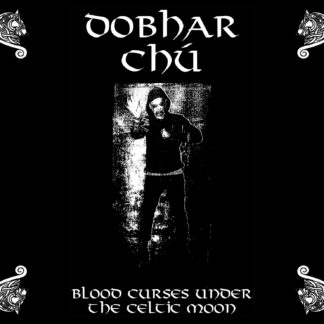