Tracks 1 to 3 are “Below The Surface Of Cold Earth” tape, recorded during February 2002, remained exclusively tape release until now despite being one of most professionally produced Clandestine Blaze recording.
Tracks 4 to 8 are “There Comes The Day…” tape, early rehearsal versions of “Fist Of The Northern Destroyer” album from October 2001, including tracks that never appeared on the full length. 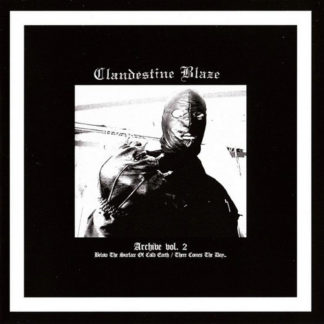